The creators of Fortnite, Epic games has recently dived into the publishing industry. Epic Games' new publishing label actually helps game owners with the basic foundation of running a game. Such as, covering the owner's development costs and marketing costs.

What are your thoughts and/or opinions on Epic Games' new publishing label? Do you think it'll have a huge impact on the gaming industry or not really? 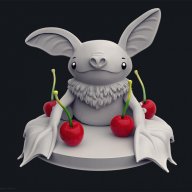 That sounds like a really good idea, although 50% of the profits is a big chunk. However, with the advertising force behind Epic, it might just be worth it.
Reactions: cpvr
You must log in or register to reply here.