Yo! The name's Jack! 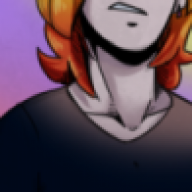 Hey everyone! I'm probably not going to be crazy active as I've a ton on my plate; I DM for a PMD D&D campaign, am writing a novel, and work on a nuzlocke comic, but thout I'd finally get on here as well.

I've always been big on virtual pets, like probably most people here, it started with neopets (if you don't include pokemon as virtual pets in some ways). And I've always been an artist, loving to create creatures and monsters, characters and worlds. It's just what I do. But with some encouraging from some friends, I' m now also planning to make a virtual petsite as well. With any luck and self discipline, I hope this dream comes true.

That said, I know next to nothing about coding, so I've a long way to go. However I'm always excited to help others it with the art side of things in regards to their own pets sites ( drawing pets, items, and settings alike), so if you're interested in seeing my work, just let me know! In the coming weeks I'll be doodling some practice creatures that I'll likely be selling for those who are in need.

Either way! Its going to be fun to learn and get to know some of you all and your projects!
Reactions: cpvr

Welcome to the community! @Polymori What type of pet site are you planning to make? Will it be similar to neopets or like aywas & flight rising? Also, have you worked for any pet sites as an artist?

cpvr said:
Welcome to the community! @Polymori What type of pet site are you planning to make? Will it be similar to neopets or like aywas & flight rising? Also, have you worked for any pet sites as an artist?
Click to expand...

I don't have anything really set in stone, since I'm not 100% sure what I'd like to have done is possible. I know next to nothing coding wise.
But the idea is to have a more simplistic breeding system like Flight Rising, stores to spend the currency, but in-game currency and paid for premium currencies.
People who help support financially or through the development would get special breeds for their support.

Currency would be obtained through active chat in the forums, moving between pages (probably only once every 1-5 minutes to help decrease farming for currency). Though I don't really understand how to balance currency in games such as these. Especially when real money ends up coming into play.

Content wise, I'd like it to be more focused on roleplay, art, and lore building-- for the site and for players.
NPCs to do quests for, monthly community events (like Lioden has). And be introducing new breeds probably at least once a year until I get to a good number. Introducing new genes for breeding. For interesting game play, probably introducing an explore mode so that players can visit different areas within their territories, earn "passes" to explore other regions of the world (obtaining these passes through quests and/or buying them with premium currency so people can get there earlier if they want to give real money, but is still available for players who don't want to spend the money.) Decor to dress the pets and users can buy things with the premium currency to create their own, custom decor. Maybe even a little slot for players to put custom clan sigils to help divide which pets belong to which lore if they have multiple clans in their lore. Dividers as well to help separate them.

Probably some more things as well, but that's what I got so far.

And no. Unfortunately I haven't worked as an artist for a petsite. Never realized that was an option til somewhat recently, but I'm always up for it for both the learning experience and money. The most I've done is sold adoptable of species I've created, though I'm unsure if any of those who bought my pets ever got off the ground. It's been quite a long time since I last did that though. I'll probably be making some test adopts while I figure out the style I want to go for for mine.

But here is my DA if you wanted to look though my work.
I don't have a ton up yet, mostly my nuzlocke comic.
Last edited: Mar 20, 2021
You must log in or register to reply here.